What you need to know about the Fall Armyworm

The fall armyworm was found in the Western Cape, which puts the survival of a range of crops under threat. These worms have spread, affecting numerous businesses in the agricultural sector. The risk increases during autumn so it’s important to take note of the latest information. Not only does the fall armyworm effect South African farmers, but the worms are also spreading internationally. Are you looking for affordable farming equipment? Find awesome bargains on AgriMag.

What is the fall armyworm?

The fall armyworm is also referred to as the Spodoptera frugiperda. The name translates from Latin into English as lost fruit. It originates in Central and South America, so it’s not native to Africa. When these worms are still larvae, they form big masses, which eliminate big areas of crops.

The developmental stages of the fall armyworm start with eggs, followed by larvae and then pupa. They become moths in the final stage of their life cycle. In the larvae stage, they don’t spread far, however, the moths have the ability to fly long distances. Their travel distances can reach an impressive 100 km at night and they can cover 480 km prior to producing offspring. The armyworm reproduces rapidly, and their reproduction doesn’t stop as long as they have a food supply. Birds and insects are predators of the armyworm. If overcrowding occurs, the more mature larvae eat the younger larvae.

How to identify the fall armyworm

A distinctive feature of these worms is the four dark big spots, which are positioned on the last segment of their bodies. These markings create a square on the upper surface of the worm making it easier to identify them. The larvae are characterised by an upside-down Y shape on its face as well as a brownish upper body. You can identify their eggs by their dome shape. The male moths feature white spots on their wings while the female moths are a single colour.

The fall armyworm was spotted in Western and Central Africa at the beginning of 2016. Since then it has spread and at the start of 2017, it was destroying Zambian crops. The continued destruction has raised concerns about food security in Zimbabwe and Asia. Research indicated that the worm could result in an annual loss of R75 billion for the largest maize farmers in Africa. However, other experts have suggested that the actual figure could be higher.

The department of agriculture has alerted farmers to the large amounts of the fall armyworm moths found in Clanwilliam. Larvae were also detected in this area of the Western Cape. Farmers are encouraged to remain vigilant when checking their crops to ensure that their harvest is not put at risk. These worms migrate as the weather cools down across the country.

What foods are at risk?

The fall armyworm is a hazard to various types of foods. They were recently found on sweetcorn in the Western Cape. These worms are typically found underneath the leaves. They eat the leaves and stems as well as the reproductive segments of over 80 different types of crops. The plants that are at high risk include grasses as well as grain crops. They pose a significant threat to the following:
● Maize
● Wheat
● Sorghum
● Sugarcane
● Cotton
● Millet
● Vegetables
● Bentgrass
● Ryegrass
● Rice
● Legumes

Now that you know more about the fall armyworm, you can make sure that you safeguard your crops. Find all the equipment that you need on AgriMag. 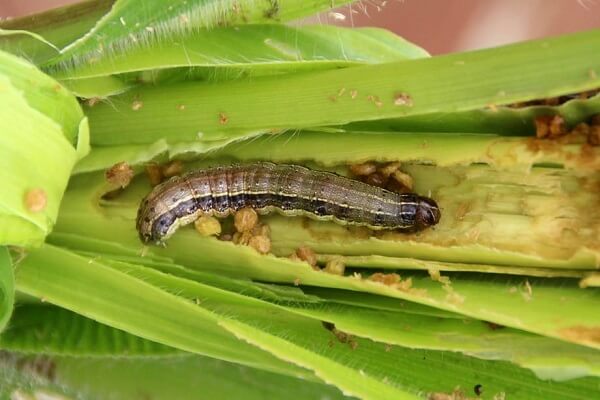 Article Name
What you need to know about the Fall Armyworm | AgriMag Blog
Description
The fall armyworm was found in the Western Cape, which puts the survival of a range of crops under threat. Find out more on AgriMag.
Author
AgriMag Staff Writer
Publisher Name
AgriMag
Publisher Logo