South Africa is renowned across the world for producing quality wine. With a wide range of grape varieties cultivated locally, there is an array of different types of wine to choose from. The cultivator that you select will depend on the climatic conditions of the region and market demand. Find durable equipment for sale on AgriMag and get your wine farm off to a great start.

Cabernet Sauvignon has a long history of being grown in South Africa and it is the most popular local red grape variety. It’s grown in the Cape, more specifically in Paarl and Stellenbosch. It developed out of a combination of Cabernet Franc and Sauvignon Blanc during the 1700s in Bordeaux. Its resistance to botrytis (a type of fungi) is advantageous and it has become associated with some of the most prestigious wines on the international market. Cabernet Sauvignon grows rapidly and the grapes ripen at the end of March.

When it comes to red grape varieties, Merlot is a popular option for wine production. First cultivated locally during 1910, it is prevalent in Stellenbosch, Paarl, and Worcester. Merlot was developed from a combination of Cabernet Franc and Magdeleine Noire des Charentes during the 18th century in Bordeaux. It has a fruity flavour and is also commonly combined with Cabernet Sauvignon. The advantage of Merlot is that it’s resistant to fungal diseases. However, it is sensitive to drought and other harsh environmental conditions and downy mildew.

Pinotage is proudly South African and it’s renowned internationally for its rich and spicy flavour. It was first developed locally by Professor Perold who combined Pinot Noir with Hermitage. Over a fifth of local red wine vineyards grow Pinotage. It’s produced in the Northern Cape, Olifants River, and Swartland. It ripens near the end of February and produces dark blue-black berries. The advantage of Pinotage is that it ripens early so it avoids many of the problems associated with pests and diseases.

Chardonnay gives sophisticated wines a fruity flavour. It’s the most prevalent white grape variety across the globe and became well-established locally in 1982. Since then it has become one of the common grape varieties grown in Robertson, Stellonbosh, and Paarl vineyards. Chardonnay ripens during the beginning of February and it produces pale green and yellow berries. It thrives in cooler temperatures and is moderately susceptible to downy mildew and botrytis. Chardonnay is used to make some of the leading local sparkling wines, and it is frequently mixed with Sauvignon Blanc.

Sauvignon Blanc became one of the common local grape varieties in the 18th century. South African white wines using these grapes have become well-known on the international market. Sauvignon Blanc is cultivated in vineyards in the Constantia regions, Paarl, and Stellenbosch. The grapes start ripening from the middle of February and this variety is at risk from botrytis and frost damage.

Chenin Blanc is a popular local white wine variety and it is also used in sparkling wines and brandy. It originates from the Anjou-Touraine region in France and it’s prevalent in the Breedekloof, Worcester and Olifants River vineyards. The advantage of Chenin Blanc is that it’s versatile and adaptable. However, it’s susceptible to botrytis and sour rot.

Now that you know more about the different grape varieties out there, you can pick a cultivator that best matches your requirements. Find affordable equipment for sale on AgriMag and set the foundation for successful wine production. 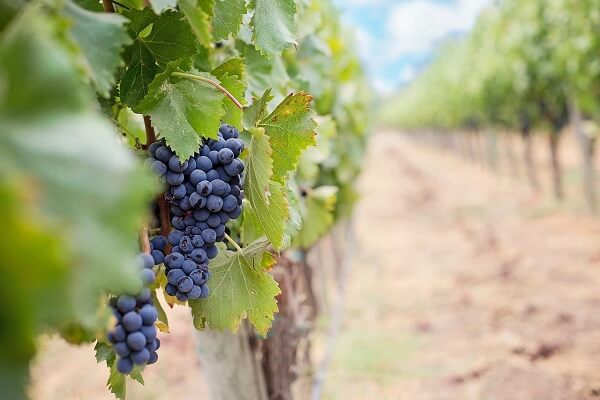